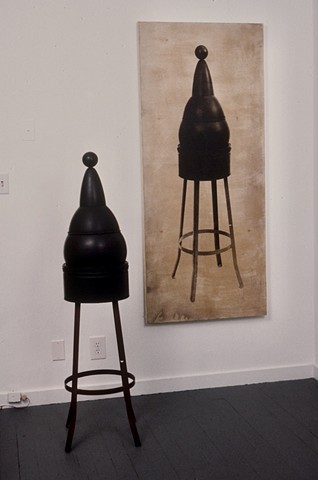 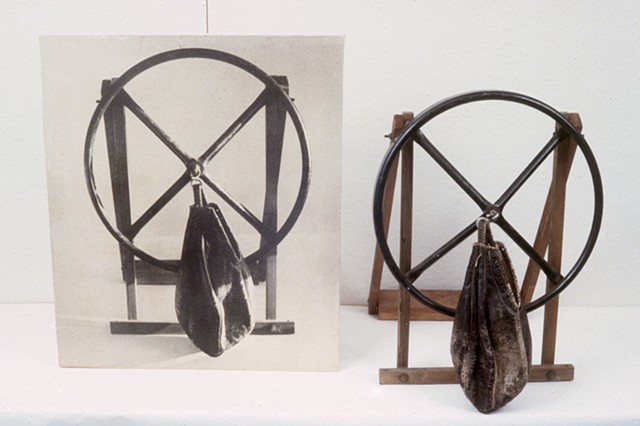 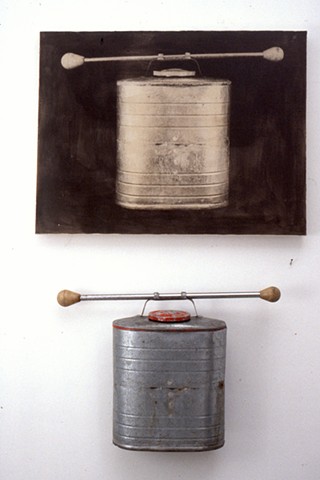 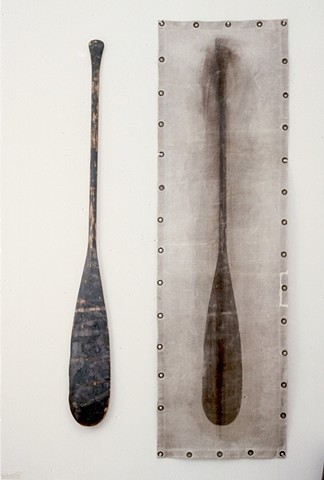 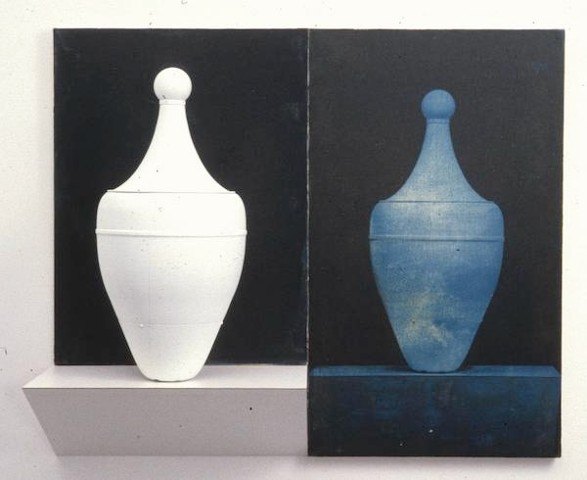 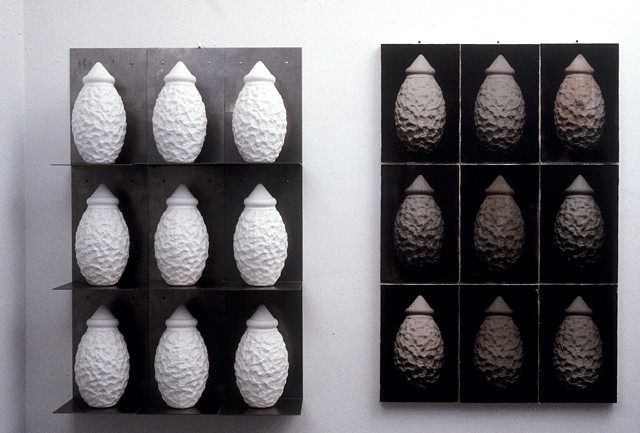 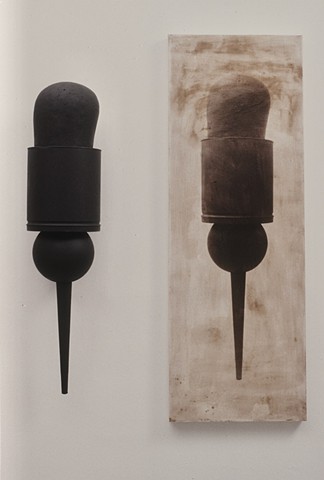 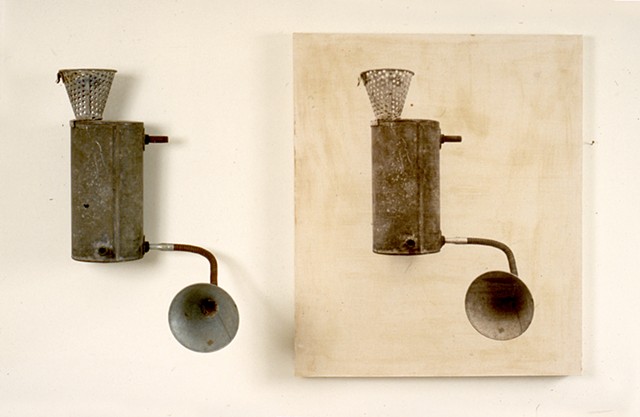 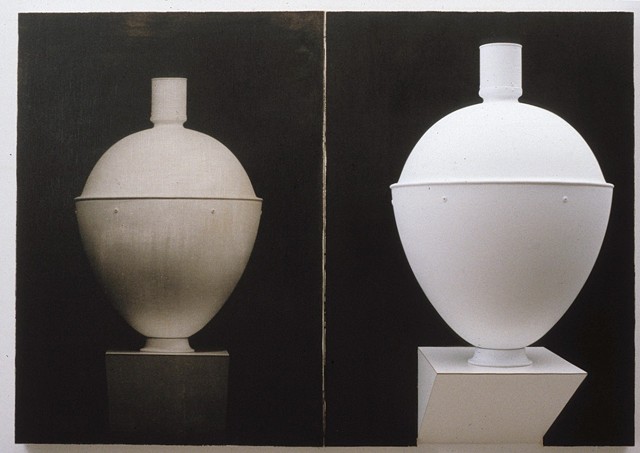 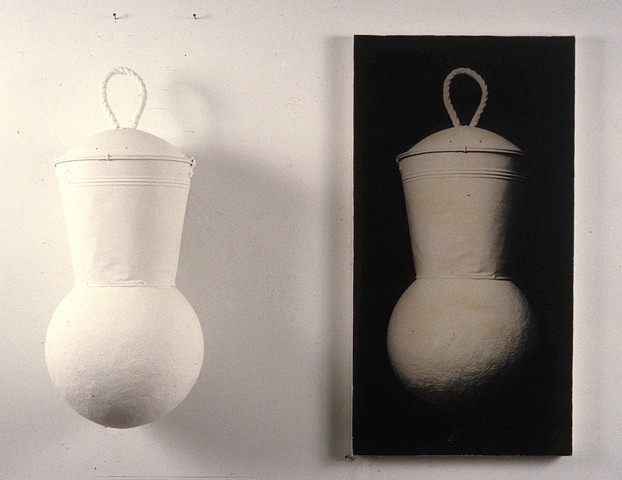 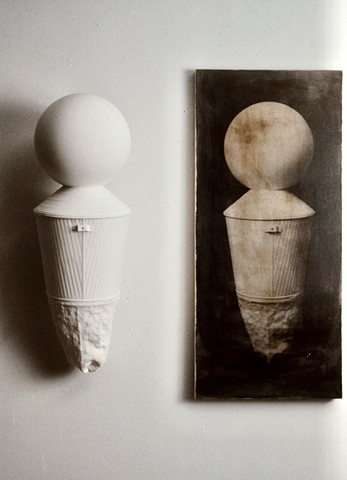 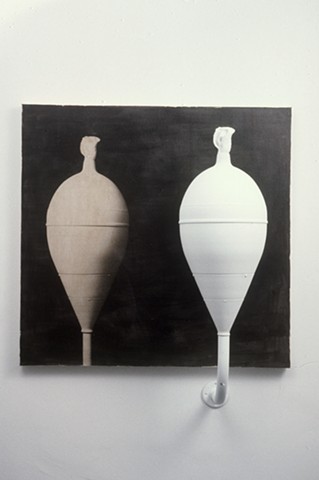 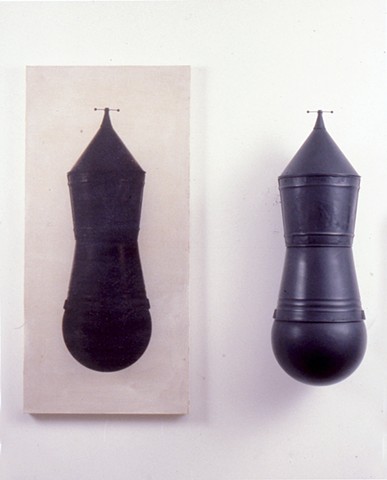 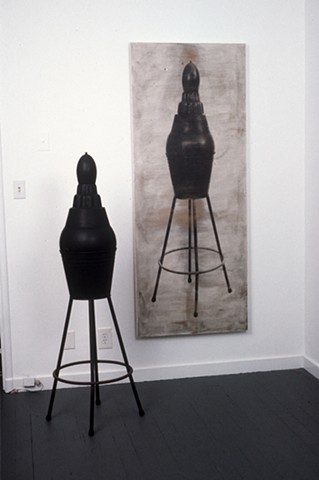 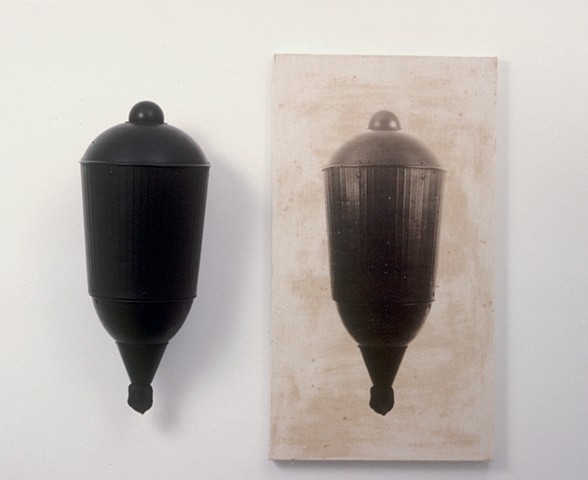 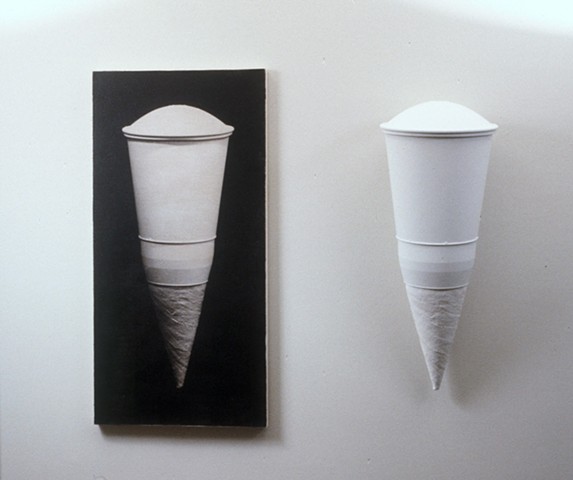 The Salesman’s Sample series was an attempt to merge photography and sculpture. The objects have an ambiguous associative content and formal characteristics that are reflective of their sources--discarded commercial items. They have a somewhat anonymous appearance; product-like in their presentation. In the series, the objects ran the gamut from single objects to assemblages to the monochrome radially symmetrical shapes presented later.